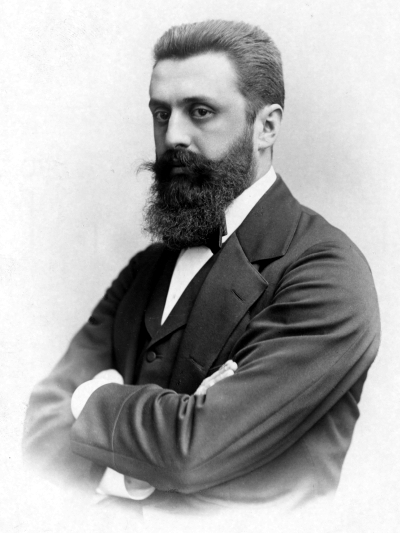 From the first Zionist congress (1897) to the 37th Israeli government (2023). From vision to reality

The first Zionist congress which was held in Basel, Switzerland, in august, 1897 was the first test of Zionist leaders, championed by Theodor Hertzl, to establish a national home for the Jewish people. One hundred and twenty-six years later, and with the state of Israel in existence now for nearly 75 years, the radical nature of that first Zionist congress is easily forgotten.

We are here this shabbat evening in Rome to remember and to celebrate the radical vision and courage of those 200 men and women who created an institution out of nothingness – in Hebrew you say yesh mee ayin. Actually, only 13 women attended the congress and without an official vote. That would come the next year at the 2nd Zionist congress also held in Basel.

We are also here tonight, proud Italian jews who are members of Arzina, the progressive Jewish Zionist movement, to re-commit ourselves to that initial vision and promise of the Zionist movement – a vision and promise which today is frought with uncertainty and challenged, not only by hostile antisemitic forces in the world but also by the very government of Israel itself.

Let’s first look closer at some of the challenges facing Hertzl and the nascent Zionist movement back 126 years ago. Basel was not Hertzl’s first choice for a city to host this historic gathering. That city was Munich, Germany – larger, with more Jews, more prestige, more railway connections and more kosher restaurants too.

There was one kosher restaurant in Basel and even though there were only a handful of orthodox Jews who dared attend the congress, Hertzl was committed to provide them with kosher food. Hertzl himself took his meals at the kosher restaurant but complained to friends that the food was awful.

But the local Jews in Munich, orthodox and reform alike, vetoed the idea for completely different reasons. The orthodox because for them the return to Zion must be part of the divinely ordained return to the holy land led by the Meshiach – and the reform because jews were loyal to their birthplaces in Europe and rejected any notion that Jews constituted a nation or separate political entity.

Another challenge facing Hertzl was his failed attempt to receive financial backing for the congress from the wealthy philanthropic Jewish banking families of baron de Hirsch and the Rothschilds. Both families refused to accept the need for a political national solution to the Jewish problem. They were content to help relieve, to the extent possible, Jewish suffering and poverty – even inside the land of Palestine under Turkish rule.

Hertzl also failed to receive support for the Zionist congress from major world leaders. As Shlomo Avineri writes in his article “Hertzl’s road to Zionism” in the American Jewish yearbook, vol. 98:  “what serious statesman or king would deign to listen to a little-known journalist and playwright who thought that he and he alone knew how to solve one of Europe’s most vexing problems, the so-called Jewish question?…..Hertzl was aware that many of his interlocutors may well have considered him a crackpot, if not a confidence man; nonetheless, he tried again and again – in vain.”

Despite these seemingly insurmountable challenges, the fact remains that Hertzl was ultimately able to convene the first historic Zionist congress due to the sheer force and resolve of rank and file Zionists all over the world. Hertzl’s victory was decided by the determination of ordinary men and women who identified with the vision of Zionism rather than with the specific program of Zionism which Hertzl presented in Basel. That program, known as the Basel program – was anchored on 4 pillars which evolved to become the foundation for the modern state of Israel 51 years later.

What were those 4 pillars:

At the core of Hertzl’s efforts was his steadfast commitment to European liberalism. As professor Rick Richman wrote in an article in mosaic magazine entitled, the mystery of Theodor Hertzl:” he (Hertzl) wanted not only to save the jews, but also to save the liberalism he had grown up with, with a single idea: a Jewish homeland that, by its existence, would address the problem of the jews, solve the problem the world had with the jews, and avoid the emerging threat to liberalism—all at once. Hertzl wrote in his diary around the time of the Basel congress: “the Jewish state will become something remarkable. It will be not only a model country… But a miracle country in all civilization…the Jewish state is a world necessity…one of the things, perhaps the main thing, that we shall have learned from the civilized nations will be tolerance.

We remember Hertzl today with great esteem. We credit him as the father of modern Zionism, whose idealism and relentless passion for a Jewish state – “if you will it, it is no dream” based on European liberalism, humanism and, yes tolerance, has earned him a singular place in modern Jewish history.

And yet, let us also acknowledge not only the price Hertzl and his family paid for his life work but also the price Israel, Israelis and lovers of Zion everywhere in the world have paid and are still paying as we approach the 75th birthday of our beloved homeland.

First, Hertzl and his family’s personal price. Let us remember that Hertzl died in poverty in 1904, at the age of 44, from heart failure and pneumonia – attributed by many to his exhausting driven pursuit of the Zionist state. Let us also remember his wife Julie, thought to have suffered from emotional mental unbalance, who died just 3 years later at the young age of 39. Hertzl and his wife had three children, each of whom met a terrible end. Their eldest daughter Paulina was a drug addict who died of an apparent morphine overdose. Hertzl failed to have his son Hans circumcised but after Hertzl’s death, the Zionist leadership saw to it that the 15-year-old Hans was circumcised. Hans later converted to Christianity and shot himself at age 40 following his sister’s funeral. Their youngest daughter Trude perished in Theresienstadt. And her son, Hertzl’s grandson Stephen, after learing of his parents death in 1946, committed suicide by jumping off a bridge in Washington, DC. At the age of 27.

The price Israel has paid and continues to pay in the loss of human life to achieve the goal set forth in the first Zionist congress is heartbreaking no less.  No way could Hertzl and those in Basel have imagined the constant state of war which has accompanied the Zionist state both leading up to the declaration of independence in 1948 and continuing to this very day. We often forget this – but Israel’s war of independence in 1948 is still being fought 75 years later. The battlefields have changed, and for the most part the enemies have changed as well, but the fact remains – we Israelis are still paying a heavy price to safely secure the state of Israel for both our own citizens as well as for all lovers of Israel in the diaspora.

But I would be less than honest with you my dear friends, if I failed to include, in the price Israel may now have to pay for its sovereign nationhood, the price of abandoning the very foundation of liberalism and tolerance which Hertzl understood to be the very foundation stone of the state of Israel.

We who love Israel, whether citizens like me or Zionists like us in Rome, we who love Israel must stand strong to preserve the basic principles of Zionism which have guided the founders of the state of Israel and subsequent governments of Israel up to now. An independent judiciary, a separation of state and religion, adherence to checks and balances within the political system, keeping the police and army independent of partisan political interests, respect for and equal rights for minorities (Jewish and non-Jewish alike); whether ethnic, religious or gender-related – these are the principles which have guided the state of Israel, regardless of which political party has been in power. To undermine them now in the pursuit of personal interest would be a blot on the entire Zionist enterprise.

I began my remarks by saying that we are here tonight to remember, to celebrate and to recommit ourselves to the vision and courage of the early Zionist leaders. Hertzl was absolutely right when he said that the state of Israel is truly a miracle. It was granted admission into the UN at a point in time when world leaders were prepared to vote according to their heart and not only based on narrow political and economic pressure. Remember, Israel was twice rejected for admission to the UN, once the day after independence was declared in May 1948 and a second time in December 1948 while still fighting it’s war of independence. In other words, the UN waited to make sure Israel would actually win the fight for independence before granting admission into the UN.

And if today for some reason Israel would be forced to re-apply for membership into the UN, would a majority of nations vote to accept her? Not a chance.

We Jews today must be the guardians of the Zionist dream launched in Basel 126 years ago. We know what our fate was and would be again without our own state. We also know that Israel is not a perfect miracle. Democracies are never perfect – but I believe, just like Hertzl believed, in the rank-and-file lovers of Zion throughout the world, to ensure that our beloved homeland remains true to the principles and values upon which it was founded.

If you will it, it is no dream. 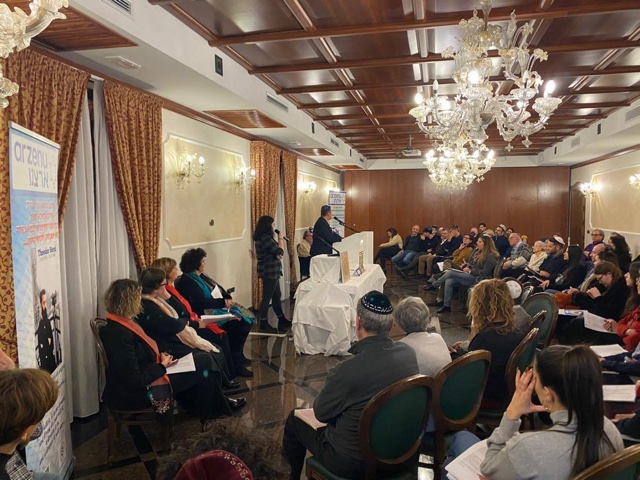 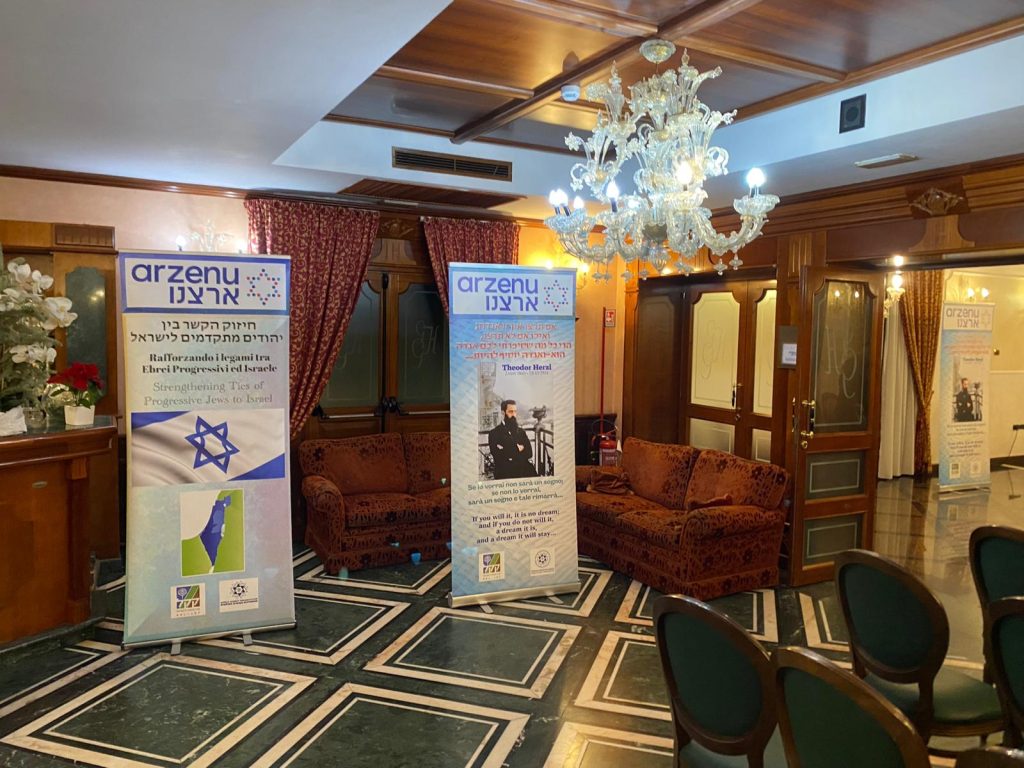 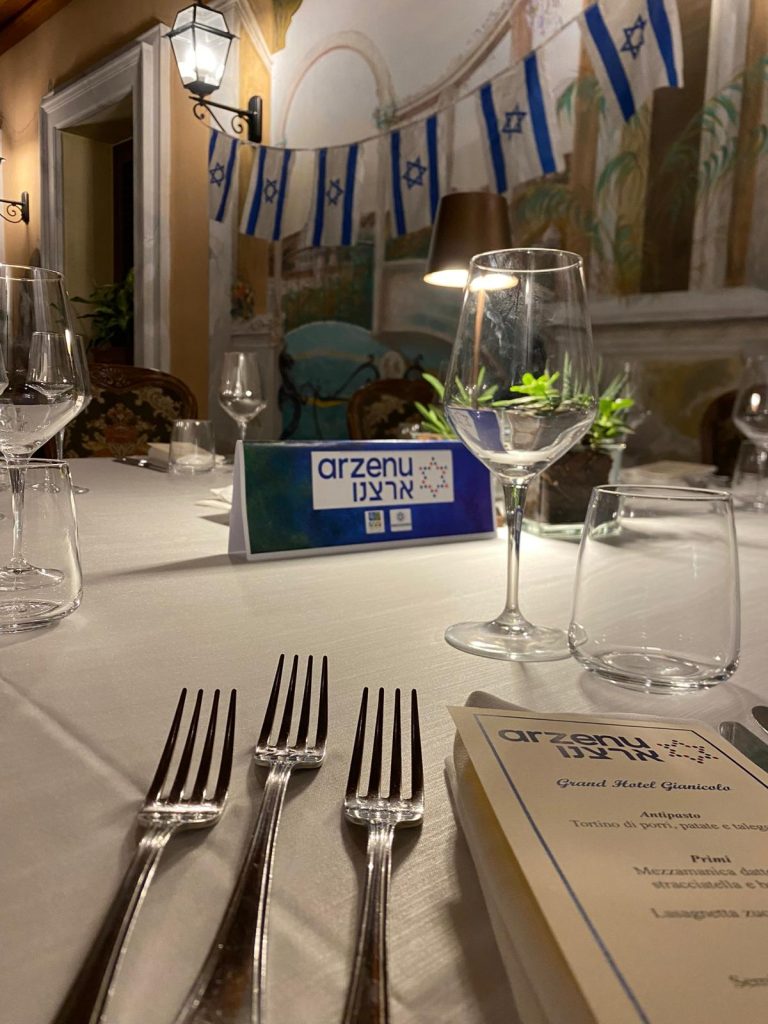